A subject which has reared its head every few weeks since the turn of the year is supposed contract ‘situation’ Chelsea and Nathaniel Chalobah find themselves in.

The England Under-21 international has a deal which currently runs through to the end of next season. This has led to general speculation that the European Champions may lose the services of one of their most talented young players. with Arsenal purported to be ‘ready to step in’.

What these reports fail to note, however, is the context behind Chalobah’s current contract. Chapter IV, Article 18, Section 2 of the FIFA Regulations on the Status and Transfer of Players decrees thusly:

“Players under the age of 18 may not sign a professional contract for a term longer than three years. Any clause referring to a longer period shall not be recognised.”

In England, players do not become eligible to sign a professional contract until their 17th birthday. In Chalobah’s case, this came in December 2011, and he duly put pen to paper on pro terms shortly afterwards. The maximum deal permitted would have expired mid-season, so he signed a two and a half year contract which ran from January 2012 to June 2014. He could not have signed a longer deal even if it was on the table.

And it certainly would have been had Chelsea been empowered to do so. They’re more than aware of the player’s burgeoning talents and stories this week suggesting that they will offer him new terms are stating the extremely obvious. Expect a new deal to be sorted out this summer, almost certainly for the maximum length of five years, and for us to hear no more about it. It’s not a story.

Oh, and as far as the player thinking he might have a better chance of playing at Arsenal? This is a boy who has been with Chelsea his entire career and, as the picture below shows, continues to keep them closely in his thoughts whilst away on loan. It’s a non-starter, and merely gives us all another reason to smirk at the expense of our North London friends. 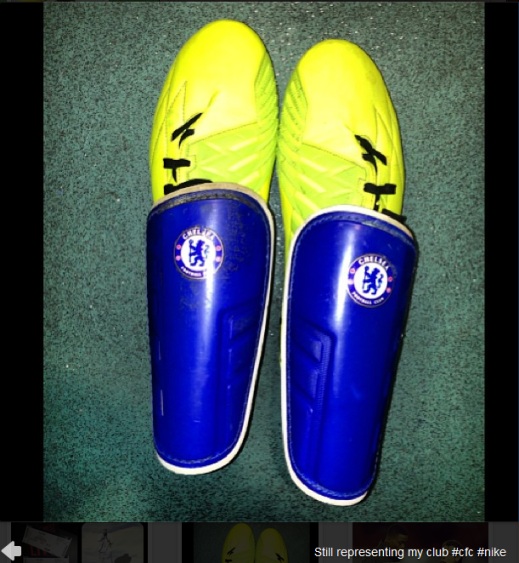