Chelsea meet Blackburn Rovers at the Bridge as they get back to the Premier League after an emphatic 7-0 demolition of Ipswich Town.

Daniel Sturridge is the man of the moment having scored 7 goals in 2 games, 5 coming in the reserves in a 7-3 win over rivals Spurs.

Daniel recorded a 31.0% accuracy rate (shots on target of total shots) and averaged 0.714 goals per game in 2009/10 whilst being top scorer in the FA Cup for the blues last year.

He very much deserves a start upfront especially whilst the likes of Didier Drogba still looks short of fitness and form. 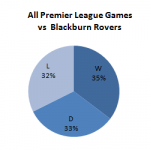 Chelsea last lost to Rovers in the league in 2006, 0-1 away from home, Chelsea had already confirmed back to back league titles by then. At Home the last league defeat was 2003 (1-2). 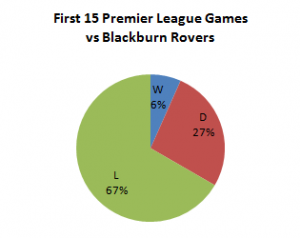 Chelsea’s premier league history with Blackburn is nothing more than a cliché. A game of two halves, the first half; Chelsea had only won once in 15.

In the second half they have only lost once, the swing in fortunes began with an emphatic 4-3 away win back in 1998. Super Sub Tore Andre Flo scored twice in the last ten minutes

Blackburn were 3-2 up and on course for all three points before the Norwegian international made his impact when he came off the bench to grab two goals in the final eight minutes, a  first win at Ewood Park for 22 years.

The win at Ewood Park back in October this season is the only time Chelsea have come from a goal down to secure all three points this season, and was our last away win in the league.

It may also be the first time since Blackburn and Moscow that Chelsea record back to back wins in all competitions. 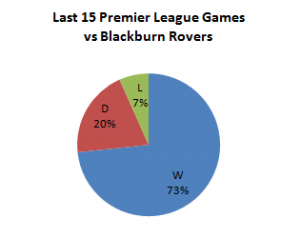 Blackburn are 1-0-4 in their last five away games, ranked 17th in the league and incidentally Chelsea are ranked 18th away from home with a 0-2-3 record, but at home the Blues are 2-2-1 and ranked 11th in the league.

Chelsea’s record over Blackburn in recent seasons and the current home versus away form of the two sides would suggest a home win and a big weight off  the team’s shoulders as they look to regain some confidence and a place in the top 4 of the Premier League.