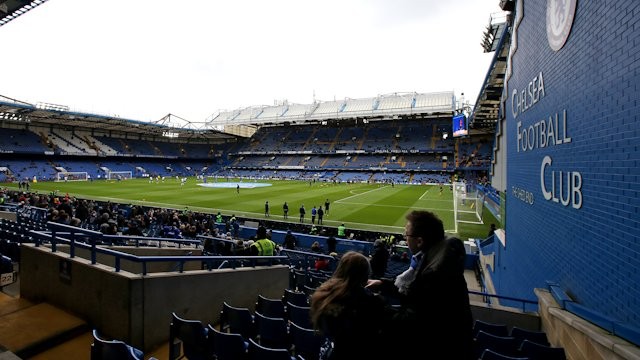 The Chelsea Pitch Owners 2017 Annual General Meeting took place in the Drake Suite at Stamford Bridge stadium today, with a significant turnout of shareholders attending in person. This is perhaps unsurprising given the agenda included a crucial item of business at Resolution 9 which, if voted through, would enable the Directors to approach the owner and propose an extension of the current lease.

Chairman Charles Rose declared the meeting quorate at 11am and opened procedures. After the usual introductions (only Sean Jones QC being absent), Mr Rose ran through the schedule for the meeting, which comprised the Board statement and questions from the floor, with the vote due to be called at 12.45pm.

The board statement reported a small loss in revenue for the year to 31 July 2016, caused in part due to a reduction in share sales; however CPO continue to meet their financial obligations to the football club, with £85 pounds of every £100 raised paying off the loan advanced by Fordstam. The report also noted that this year’s 5-a-side at Stamford Bridge held in May had shifted much further to being within the financial reach of ordinary, rather than corporate, supporters. The board expressed their continued desire for a wider range of supporters to become involved. However, they noted that the issue of ground development continued to overshadow everything that CPO does, and confirmed that a meeting took place with the club in the wake of the recent decision by Hammersmith & Fulham Council to grant planning permission for the expansion, the outcome of which is unequivocally welcomed. The board went on to thank the project team (who were in attendance to answer questions and display a model of the ground after the meeting), and also thanked the owner, Roman Abramovich, acknowledging that the rebuilding of the ground will be entirely due to him.

The chairman went on to comment that CPO have three responsibilities with regard to the expansion – firstly as leaseholders to co-sign the Section 106 contract for the on site development; secondly to approve the development, and thirdly to approve use of the name Chelsea Football club while the team are playing at an alternative stadium – and advised that the Directors are taking legal advice to ensure that CPO will not be held liable in the event of any catastrophic unforeseen eventualities as a result of the project.

The report also noted that careful thought would need to be given to fundraising for the duration of Chelsea’s absence from Stamford Bridge to ensure that CPO remains a “relevant and intrinsic part of the supporter base”, and the Chelsea Supporters Trust and cfcuk fanzine were also thanked for their support.

The meeting then moved on to questions from the floor and a 90 minutes session saw a number of issues addressed, including ticket sales for the forthcoming CPO Dinner, compered by Pat Nevin, and with manager Antonio Conte as guest of honour, potential future venues for fund-raising post-relocation, and most importantly, the future of CPO itself.

Many shareholders took the opportunity to raise questions. Some of the points included

•Will CPO be consulted on venue for temporary ground?
•Will the freehold be lost?
•Will the club make another offer to purchase CPO shares?
•How long the lease currently has to run
•If in the event of Resolution 9 being carried, would a further vote from shareholders to extend the lease be required?
•In the event of an EGM being held in the wake of any discussions with the club, ensuring that more notice than the statutory legal period is given.

One question was put about any potential conflicts of interests the Directors might find themselves facing with regard to the construction of the new stadium, but this was swiftly dealt with. If any Director is involved in any aspect of the rebuild of Stamford Bridge, this will be a conflict of interest and they will have to resign.

One shareholder expressed the hope that their fellow Pitch Owners would not be interested in any potential monetary value of shares, but it was reiterated that each share is worth £100, as sold. Another query was with regard to the relationship between the board of CPO and the football club. Director Gray Smith commented that he believed the Directors have a very good working relationship with the club. It also confirmed that it would not be possible for the club (or any future owner) to get a 999 year lease converted to sole ownership, and that there would be no cost to CPO to extend the lease. One shareholder made a plea for the terms of the lease to be renegotiated to enable CPO to request more than a “peppercorn” rent from the club.

Following a question from a shareholder regarding voting rights, particularly with regard to the “mis-sold” shares, it was confirmed that a sub-commitee is being formed, with a view to examining the issue of voting rights – it was noted that a resolution proposing a reduction from maximum voting rights of 100 to one share one vote was voted down in a previous AGM.

During the course of the meeting a number of shareholders praised the board for the new professionalism with which CPO is now being run, and the Q&A concluded with one speaker noting the turnout, the high quality of discussion and the harmonious atmosphere in which business had been carried out.

The meeting then moved to the vote, after which the formal business was concluded and the meeting declared close. As we go to press, the results of the vote have just been announced, with all 11 resolutions being voted through, and the crucial Resoution 9 receiving 84.52% of the votes cast. Full results can be found on the Chelsea Pitch Owners website.

That’s a formal, albeit truncated, report of today’s procedures, and I apologise for any omissions and errors.

However, these are my views. As a veteran of these meetings, some really noticeable things happened this year. Firstly, the turnout was excellent – not possible to count all the heads in the room but nearly all seats were full, and those present put interesting and worthwhile questions which really addressed the issues facing CPO both now and in the future. As well as many usual faces, there were quite a lot of new ones, lots asking questions, and it’s great that many shareholders now see the AGM as being worth attending. The comments about the new professionalism of the reconstituted board were also justified – business remained on track and the meeting concluded on time – but it may be that this was also assisted by the prevailing mood in the room that there were serious matters to attend to. Even Say No CPO broadly support Resolution 9, and the one shareholder who might potentially have derailed the meeting did not attend.

While you’ll need to visit the CPO website for full breakdown of the votes, it’s worth noting that the three newest board members still enjoy the most support among shareholders – indeed, it’s a sign of the regard in which Charles Rose is held, that he continues to poll the largest number of votes of any of the Directors.

It was also noticeable that the board used the phrase “your board” quite often. There really does seem to be a feeling now that CPO is being run to protect the interest of supporters – not just supporters who are shareholders, but supporters generally.

With the board of CPO now holding a mandate from shareholders to approach the club with a view to extending the lease, we are now moving into a crucial phase for not only the ground expansion but the future of Chelsea Pitch Owners, and you can be certain that TheChels will be keeping you up to date with developments.